The NCYCA’s goal is to provide a single, strong voice for all youth camp organizations in the state of North Carolina. As such, we will monitor federal, state and local issues, and regulations and legislation that may affect the camping industry, campers, or the public’s access to quality camping services.

The NCYCA will actively lobby local, state and federal governments in support of North Carolina’s youth camps on such issues. In addition, the NCYCA strives to provide proactive education, advocacy, collaboration and action to represent the interests of the camping industry and its clients.

On an ongoing basis, the NCYCA monitors any legislative action regarding the following topics: 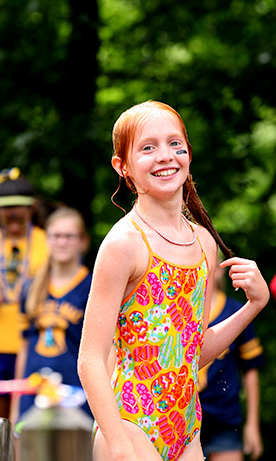 In addition, the NCYCA has taken specific positions on the following issues:
The NCYCA Legislative Affairs and Alliances Committee (LAAC) has identified school calendar legislation as one of the ongoing key issues we will follow. Within the State of North Carolina, the school calendar has been the subject of much debate since the August 25th start date passed the Legislature in 2004. In the 2010 session, a last minute, back room deal gutted the existing legislation for most all Western North Carolina counties. In 2011, an amendment to a bill extended the school day from 180 to 185 days without any public debate. Schools were unable to comply and exemptions were extended for 2012. The Legislature then went back and amended to law to allow for 185 days or 1025 hours of instruction.

We believe that the subject is controversial with many of the key players acting without a full comprehension of the issue. Because of these and other factors, we believe that public pressure to adjust the current school calendar law will continue.

The impact of the school calendar on North Carolina camps varies greatly depending on the camps’ own markets. North Carolina’s camps are mainly impacted three ways:

Shorten viable summer season: Many North Carolina camps attract campers from 20 or more states, bringing the camper and their family to the State for camp drop off and pick up. With the variation in school calendars from state to state, camps are increasingly challenged to operate their full seasons within dates that apply to the majority of the clientele. In the U.S., 39 states follow the traditional late-August, early-September start with a mid-June dismissal. Several Southern states, i.e. Georgia and Tennessee, start as early as August 4th with a late May dismissal.

Reduced opportunities for staffing: Many camps use school system employees as members of the camp staff or they may employ high school students. In either case, the school calendar impacts the ability of these employees to work the entire camp season. For school system employees, their summer wages from camp jobs can represent a significant percentage of their annual income.

Reduced ability to attend camp: The calendar encroachment affects the number of North Carolina children who can attend the early June and the mid-August sessions of the State’s summer camps. This limits the choices these families have for sessions and could potentially force them out of the State to find suitable summer opportunities for their children.

The NCYCA believes that the summer represents an opportunity for substantial and unique learning in an outdoor environment. The amount of time children are able to spend in physically active pursuits outdoors is decreasing, and therefore becoming increasingly important to a wide variety of child health and developmental issues. Summer camps provide an outstanding means for filling this crucial need in the healthy development of our children.

Therefore, we advocate (1) for protecting a ten week summer break in the school calendar, (2) for more consistency in school calendars from state to state, and (3) for shifting the summer break one—or in some circumstances two—weeks earlier in the calendar year to better align with the majority of college summer breaks.

Federal and state governments are looking to broaden the tax base. One strategy is to include services as a taxable category. If the category were broadly defined, camps in NC would face a substantially higher tax burden. While the idea has been put forward that including services would lower the overall tax rate—thus equally a net zero effect—the NCYCA recognizes that such a net zero effect would only be true if tax rates were never increased going forward. Recognizing that this eventuality is not likely, the NCYCA advocates against including camps in any categories of service that might be subject to additional taxes.

A second strategy for broadening the tax base is to cap, qualify or eliminate the non-profit tax deduction. Through the experience of a number of other states who have implemented this strategy, subsequent data exists to demonstrate that such action provides an incremental increase in revenue, but drastically reduces the funding sources for a wide variety of important services to the community. Several states quickly amended or repealed such legislation once the impact was clear. As such, the NCYCA advocates against any such limitation as tax codes are revised.

Based on the experience a number of NC camps in the past few years, we have learned that any rentals or lodging that occur outside of the program of a camp may be subjected to taxation, while any lodging provided as a part of the general camping program would not. Each camp owner needs to contact their CPA and get his/her directive on what to do, specific to their off season rentals.

The difference between non-profit and conservation easement on property tax valuations and subsequent collections are confusing. Counties around the state have their very own criteria and valuation mechanisms for these non-profit and conservation easement entities, thus eliminating any overall statewide uniform code or approach. The story from county to county varies and thus there is an inequity in the overall approach to both. In some counties it makes a tremendous impact on taxation for these tax statuses, and thus well worthwhile to attain such. The NCYCA supports consistent administration of taxation and support a change in language so that the tax exempt status can be consistently applied.

The state of North Carolina is one of a few states that does not license or generally regulate the camping industry, with the exception of providing specific rules for sanitation. While the NCYCA does not specifically support regulation for regulation’s sake, we are strong advocates for all measures that provide for the safety of our participants and employees. We strongly encourage member camps to pursue accreditation through the American Camp Association and adhere to all state and local regulations that apply to the services they offer.

A large number of state and federal laws and regulations have a specific impact on the camping industry. In addition, the term “camp” is used by a wide variety of business and organization to describe a broad category of activities, some of which have little connection to traditional youth camping. As such, the NCYCA advocates for a clear definition of a Youth Camp to be codified in state law. We operate based on a definition that has been approved by the NCYCA Board of Directors, and we are actively looking for opportunities for that definition to become law.

As businesses, the commercial building code currently applies to the majority of camp buildings. It is clear, however, that a building code developed for major multi-story office buildings often defies common sense when applied to single-story, open-air camp cabins.

As such, the NCYCA is actively advocating for the creation of a new residential category, R5, to cover camp cabins and to be included in the state building code. This category would outline specific regulations concerning, among other things, the requirements to sprinkle buildings and the requirements for lighted exit signs. The new category would allow for the clear provision of safety without the added expenses of a variety of industrial requirements that do not add significant value or safety in this application.

The youth summer camp industry in North Carolina is fully supportive of any effective effort that would improve safety for campers, counselors and staff. North Carolina camps want to be part of the solution to improvements in background checks. We believe that every child has the right to a healthy and safe camp experience.

At a minimum, our member camps conduct a check of the National Sex Offender Public Website (NSOPW.gov) and require two character references for all staff or volunteers who have access to children or other vulnerable populations. In addition, most of our member camps are American Camp Association-accredited and have even more comprehensive, well-established staff screening, training, and supervision standards.

The NCYCA is a strong advocate for passing the federal Child Protection Improvement Act (H.R. 3902 and S. 1362). This bill has a strong bi-partisan support and currently sits in the Judicial Committee. Because there is no urgent call to action, the bill has not gained the momentum needed to move out of committee for consideration. The NCYCA believes that passing this bill is an important step forwarding in ensuring the safety of children across the country.

Currently, the DOT categorizes vans and buses based on weight rather than size or capacity. In some instances, that results in some passenger vehicles being placed in the same category as long haul trucks. The classification significantly increases compliance issues, especially related to CDL requirements and cross-state transportation. In addition, non-profit organizations are not required to meet these same standards simply because of their business structure. The NCYCA supports a change in legislation that would result in lowering the burden of compliance to Federal DOT regulations and results in standards being applied equally to all camps.
Studies indicate that the majority of revenue that will be raised by the new and increased ferry fees will not be paid by tourists and visitors but will be paid by the local low- to middle-income families that live and work in the area, many of which make up the full-time and seasonal staff for a variety of camps in Eastern NC. As such, the NCYCA opposes the current legislation to increase or add fees and will work through local Chambers of Commerce and tourism organizations to establish a better structure for generating revenue from the NC Ferry System.